Manual medicine has existed in various forms for centuries. Evidence can be found from Egyptian Hieroglyphics showing various methods of manipulation. However the manual diagnostic and therapeutic skill, know as Osteopathy was founded by Andrew Taylor Still.

Still was born in 1828, brought up in Lee County Virginia USA. His first exposure to medicine came through attending the sick at his father side whom was both a physician and church minister. Later Still began formal Training at Kansas City and was awarded an MD degree by the state of Missouri. 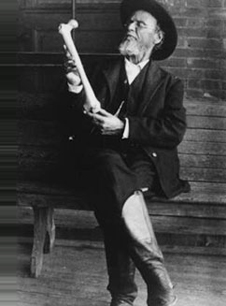 Still experienced personal hardship through life. Three of his children died from spinal meningitis, his first wife also died whilst giving birth. He remarried but again faced tragedy following the birth of his daughter who fell ill and died from pneumonia. His inability to save his own family and his experience as a Civil war doctor led him to reject formal medicine. He regarded most drugs as ineffective and potentially toxic. He began to look at the body and believed that it had its own pharmacy for self healing, a natural immunity.
Through intense study of anatomy he came to recognise the body as a highly complicated machine with potential perfection in terms of form and function. It needed to be maintained with proper alignment and lubrication. Still developed a mechanism of treatment to restore health through the body’s musculoskeletal system, keeping circulation innervated and unobstructed.
In 1885 Still officially named his method of treatment Osteopathy. Osteopathy grew in reputation and in 1892 Still was able to set up the American School of Osteopathy. Through these humble beginnings Stills drugless manipulative medicine is now practiced world wide.